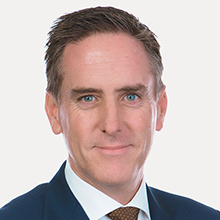 Earl is Chief Executive at Oceania Healthcare, which operates 49 aged-care and retirement village facilities across New Zealand.  He joined Oceania in August 2014 following previous experience in the aged-care sector from his role as Chief Financial Officer of Qualcare, which was sold into the Oceania Group in early 2008.  Earl’s passion is to deliver the best quality care to the elderly under the highest clinical standards, and for facilities to each have a homely, welcoming atmosphere.  He believes that culture is set from the top and therefore spends as much time as possible out in the Oceania sites, speaking to staff, residents and their families.

Earl also volunteers on the Board of a number of charities, providing necessary governance and a significant contribution to the strategic direction of organisations involved in the provision of community services.